Philadelphia greets tens of millions of visitors each year. And it is no wonder. This amazing city boasts perhaps more American history than any other US city. Also, Travel and Leisure in 2018, called the City of Brotherly Love, the “Best Food City on the East Coast Right Now.” Plus, with more than 10,000 acres of parks and green spaces, it is one of the “greenest” cities in the country. And having 100+ museums, the newest being the Museum of the American Revolution, visitors will never run out of things to do. Of the hundred-plus museums, two dozen are art museums.

However, my favorite museum combines outdoor space with art and isn’t a museum in the formal sense. This museum takes the form of public art and can be found throughout the city on buildings, streets, and other public spaces. It has expanded to include sculpture and more.

Here’s what you should know about this collection provided by Philadelphia’s Mural Arts Program (MAP). Plus, a bonus destination.

Philadelphia has been called the “Mural Art Capital of the World” thanks to Mural Arts Philadelphia. While the program has emblazoned the city with over 3800 pieces of public art, it is about more than beautiful images in an urban setting. Really, that is a small part of the overall scope of the project.

However, a young Philadelphia graffiti artist, known as Cornbread, is widely credited with being its pioneer. The artist began tagging buildings around the city with “Cornbread Loves Cynthia” to gain the attention of a young woman.

Despite a belief held by many that contemporary graffiti began in New York City, its true birthplace and home is Philadelphia. It is likely that, so many believe the art form began in NYC because of its sheer proliferation of it throughout the Big Apple by the late 70s and early 80s.

Simultaneously, tagging boxcars and public transportation was taking hold in Boston, New York, Chicago, London, and beyond. The mobility of spray painting on modes of transportation afforded artists a larger audience. However, many viewed graffiti as vandalism. And much of it was not much more than scribblings. But others were true works of art. These events led to an art form that today encompasses the genres of graffiti, street art, muralism, public art, and many other sub-genres.

3. The Mural Arts Program began as a way to combat graffiti

In 1984, to combat the massive defacing of property, the city under the leadership of then-Mayor Wilson Goode, created the Anti-Graffiti Network. A young artist and activist named Jane Golden were tasked with heading up the program. Early on the program mostly used taggers charged with vandalism to roll white paint over graffiti as a form of community service. Golden began going out to talk to these “taggers.” This led to the idea that simply whitewashing over vandalism was not enough. She thought channeling their creativity and social angst into mural art would be a more productive way to connect them to their community. This became the basis for what today is a major non-profit organization that uses both public and private funding to achieve its goals.

4. MAP does more than beautify the city

In addition to working with taggers, Golden and her band of artists began holding meetings in the community to explore the issues faced by its members. Since its inception, the group has worked to deliver messages of unity, raise awareness about poverty, mental illness, homelessness, LGBT rights and promote the arts.

It has achieved this through an array of programs that address specific issues faced by the communities served. These projects include art programs for kids in a time when the arts are losing favor in the public schools, engaging people struggling with mental health and addiction issues, and providing job training for those transitioning from prison to their communities. The benefits of programs like this are undeniable.

5. MAP projects employ some famous names in the art world

What began as a subversive, countercultural movement has flourished into a means of uniting communities and drawing attention to social issues. The program has expanded far beyond murals on city walls, streets, and rooftops to include, sculpture, public use spaces, temporary installations, and more. Mural Arts Philadelphia has worked with some of the most highly acclaimed street artists in the world, in a variety of media. Sheppard Fairey, SWOON, Sam Durant, Jonathan Monk, and JR are but a few of the city’s famous contributors. Additionally, the program has become a model for other cities.

6. Anyone can apply to have a mural

Here is a link to the application and the criteria for consideration.
Applications can be submitted any time but staff reviews mural applications twice a year.

7. How much does a mural cost?

The cost of a mural averages $25,000 which begs the question, who pays for this? Murals are funded through both public and private funds. Additionally, this is a community project and requires community participation.

8. You can learn more if you take a Philadelphia mural tour

With such a vast collection of murals around the city, you don’t have to look far to find public art.  However, it is well worth it to take a Philadelphia mural tour. A tour will provide context for the works. Several companies provide tours but by taking one of the tours provided by Mural Arts Philadelphia, you support the efforts of this worthwhile non-profit. Additionally, your docent will be able to provide you with details and anecdotes a generalist guide may not be privy.

If you are not interested in a formal tour, MAP offers a downloadable map for a self-guided Mural Mile Tour.

If you love this kind of thing as much as I do, you won’t want to miss Philadelphia’s Magic Gardens. This may be Philadelphia’s coolest art space. It covers over 3000 square feet in mosaic art above and below street level. You can find the Magic Gardens at 1020 South Street. And if you are lucky, as I was, you may even have an opportunity to sit down and have a chat with the artist, Isaiah Zagar. He’s frequently on site and happy to chat with visitors.

Finish with a coffee

After concluding your visit to the Magic Gardens, either walk or grab a bike share (Indego Bikeshares can be found throughout the city) and pedal to the RIM Cafe on 9th and Federal Street in South Philly. It’s less than a mile away but you’re going to want to walk or ride because you’ll need to work off some calories.

RIM Cafe is known for its over-the-top hot chocolate and espresso drinks as well as authentic cannolis and other amazing desserts. But that scrummy coffee and hot chocolate also come with a show. Rene, the owner, has turned making a cup of steaming hot deliciousness into a full-on artistic experience that includes shaved chocolate, toasted marshmallows, and even a torch. (I’m not going to explain this. Go see for yourself.) RIM’s Hot Chocolate Volcano has been featured on the Food Network.

12 awesome things to do in Bellefonte PA 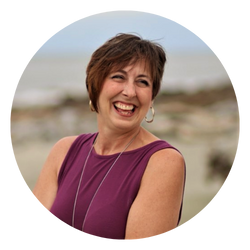